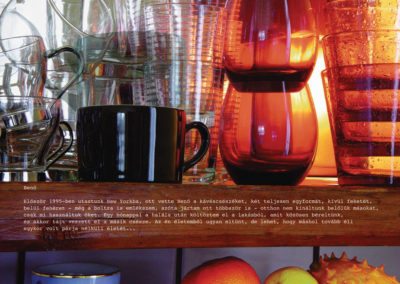 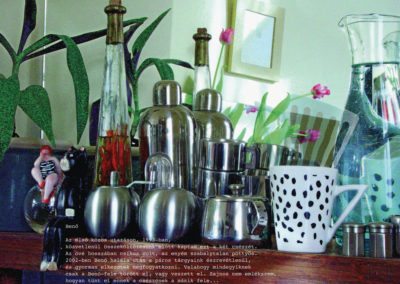 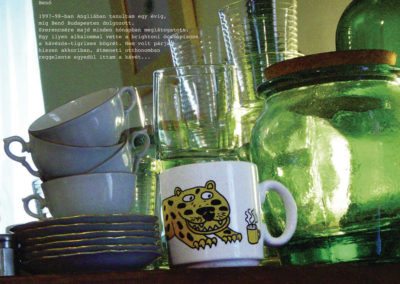 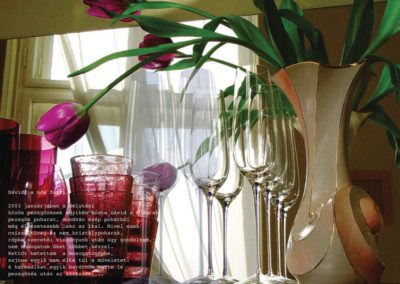 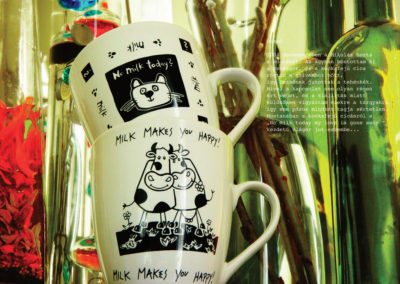 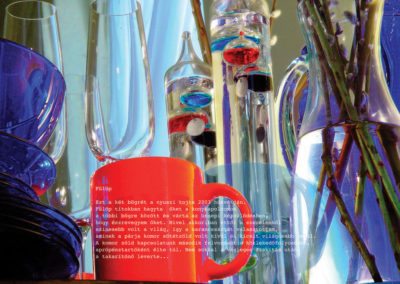 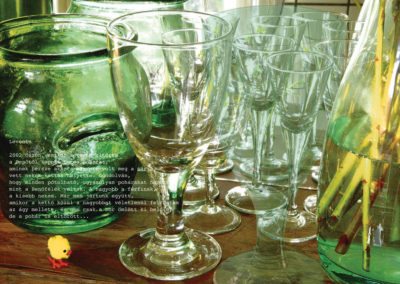 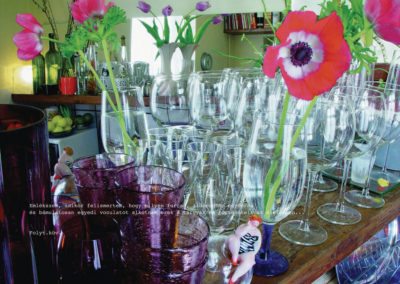 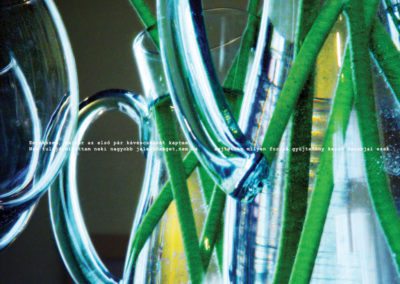 Every Mug Has Its Lot

Every Mug Has Its Lot

Cups, like quotations marks, come in pairs. The gentleman of our time buys two cups to his sweetheart. As a matter of fact , almost every one of the men wishing to have a serious relationship with Luca Gőbölyös brought mugs, glasses, and cups in pairs to the household. Then after a while, one of the pair of the mugs broke – what a coincidence! – it was always used by the man and always following the termination of the relationship. It is enticing to interpret the mugs and their stories simbolically, to examine the way Luca’s loves want to occupy her life. Show me your mug and I’ll tell you who you are. Some are a little timid in expressing their purpose and primly hide the mug waiting for Luca to find it. Others buy six right away, in fact to replace the one they broke and that had been presented to Luca by a previous man. There is a cup received from Benő, her deceased companion, which has not broken, just disappeared, and must be around somewhere. We might even comment he fenomenon with some psychoanalytic analyses. The mug-givers wish to be accepted. With the breaking of the mug, the person in question simbolically leaves the house, his trace erased. The mugs’ lot is the history of their entrance into possession, and they are destinied to break. The mug-man meets his faith. The raise and fall of mugs. O, how fragile mugs are!

Mugs break „accidentally”. However, we know since Freud that mistakes and accidents help discover the depths of the subconscious. It is Luca herself, or friends, or cleaning ladies that fulfil the destiny of mug-men on its behalf. The sole survivor is the one that was saved from the treat of the subconscious by the intervention of conscience, that is, preparation for the exhibition.

Some people have a desire for new conquests, almost like a collectors mania. Luca on the contrary, has become a (mug-)collector against her own will. She belongs to the unique species of collectors who are not attached to their objects, it is the object that seeks her out, she doesn’t keep them for eternity, and if two make up one, it is only half of a fraction of the objects that stay with her. What’s more, her mugs become truly visible for her only when she can but remember them, the mugs themselves disappeare only their histories, their destinies remain.

Like books, mugs also have their lot. For example that they become ghosts, and some can see them some cannot like any other ghost. Yet those that can see them find it hard to get rid of them. Luca Gőbölyös is familiar with ghost life since she herself has also been in similar situations: when she got lost in the metropolitan mass of tourists or when letting her camera out of her hand, she was photographed by friends, and stepped into the photographs of others as a black-robed ghost, a Shadow Traveler maybe still wandering the world in the photographs of others. The Shadow Traveler has now come home and is continuing her ghost study here. She has realised where the true home of ghosts is: in the computer. That is where she discovered the broken and lost ghost-pairs of the mugs, where recently so many relationships come to life, where ghosts date one another.

This time the Shadow Traveler didn’t let the camera or the composition out of her hand. She created complicated spatial relations. The reflection of the mirror reflects in the mirror, the repetitions, the mirror images seen from different angles disturb our sense of space. Everything is reflected somewhere, except the ghost-mug. As maintained by folklore, the ghost is not visible in the mirror. The ghost can’t see itself either, not to mention that it can’t see itself see itself. That is the ghost can only see that it’s being seen. Lacan after Freud.

Luca recalls the feeling when she recognized what a strange nightmarishly similar and peculiar trend these objects and their histories form in her life. Walter Benjamin was packing his books when he was surprised to find how many things rush forth into one’s memory if he ventures among the heaps of boxes to pack out his books in the course of one day, or rather one day and night. And as Benjamin too carries on, nothing indicates the excitement of his activity better than how hard it is to stop.