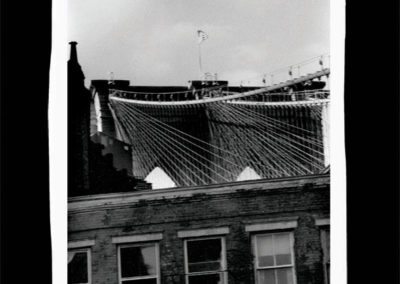 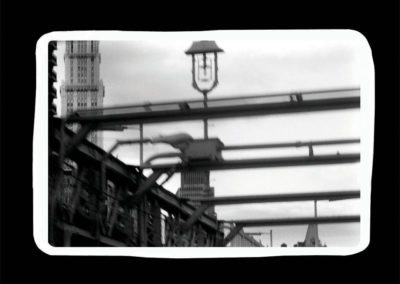 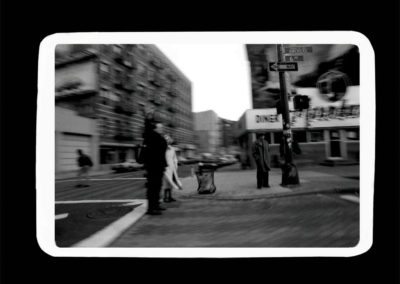 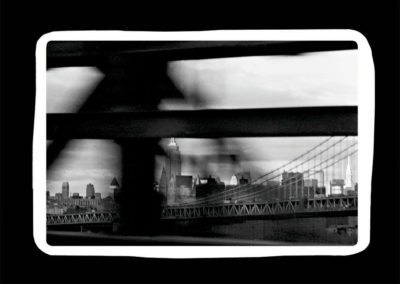 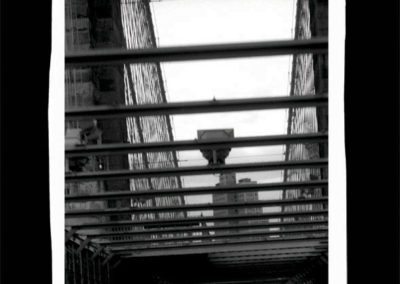 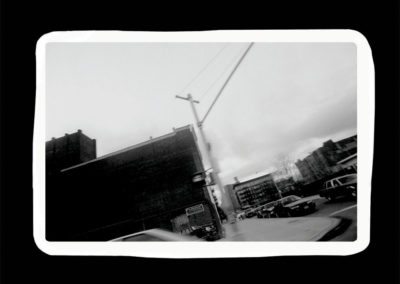 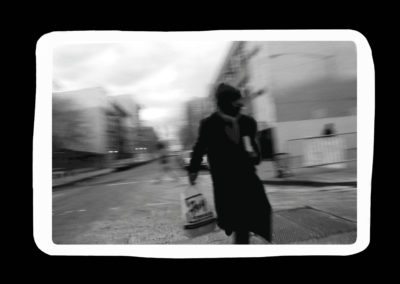 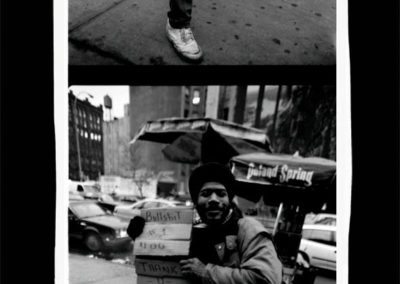 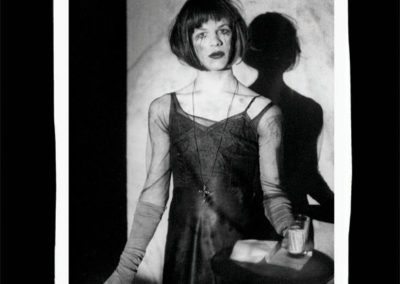 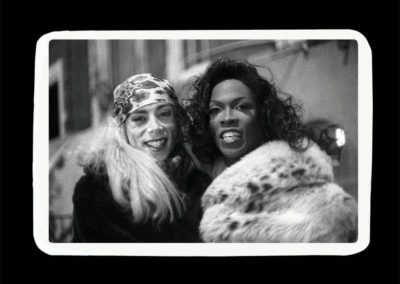 New York from the Inside

New York from the Inside

It would be difficult to express the simple fact that New York is the center of the world more vividly than by saying that you can keep there your hand on the pulse of the world, that you can feel the beating of its blood. This was the artist, Orsolya Drozdik’s answer to the author when asked why she chose to settle in New York. And true enough, in this relentless, constant pulsating being thickens and time becomes tangible. It is almost impossible to bear the tempo dictated by the city; the intensity of existence is insufferable. Its constant flow sucks you in; it gradually wears you out and crushes you. And it is practically impossible to resist, it sweeps away everything that gets in its way.

The frozen stills, the colorful, cheap sparkling is merely the outsider’s self-deception, a sensory illusion; it is only surface, a coulisse, a Potemkin village, from which all sensory reality has evaporated, and where vibrating liveliness has vanished into thin air. Only this remains for the self-confident who believe that the giant can be so easily won, that the city can be simply taken into possession and swallowed, for those who really believe that it will surrender without resistance. Whereas, for it to expose itself  or open up you have to become one with it: you have to let it become visceral, or you have to attempt to go behind its iron shelled skeleton, you have to immerse yourself in its blood system, in its vital fluids; into the transportation network above and below the city – into its tunnels, multi-storied bridges and its road system which covers the whole of its territory like capillary vessels; into its lunar landscapes, irreal alleys, deserted spaces; into its quarters and ghettos existing like separate worlds, into its sultry nightlife fraught with secrets.

The city allowed Luca Gőbölyös to come close to it, because she understood and accepted the secret of its existence. She does not want to rape it, she does not want to force her own vision onto it and make it believe that she, as an outsider, knows more about it than the city knows about itself, from the inside. She does not invade the borders of its integrity and does not want her voice to be louder than its noises and deep murmurs. Instead, she silently turns towards it with complete devotion, watches attentively and prepares an “X-ray” of this breathing, living organism – as she leaves no doubt that this is how she sees the city and not as a passive and lifeless background to human existence. She portrays with her camera the scraggy, disorderly faces of this fallible, huge hulk of a city, its grotesque grimaces and intimate moments.

These are sweeping, fleeting images, loose textured, hazy shreds of vision, sudden illuminations, caught fragments, seized, unique moments, as if materializing from memories, from a distance in time. Luca Gőbölyös is not taken in by complacent, narcissistic posturing, loud arrogance, megalomaniac sprawling, and sensationalist flattery. What she is after is the lonesome, wrinkled, everyday face concealed behind the victorious smile, the secrets of this huge, powerful, and energetic metropolis, its fears and anxieties, its shames and disguised repressions, its hopes and its desires.

In order to resist temptation she squints strongly and reduces the aperture considerably; furthermore, she reduces the palette to black and white in order to filter the blinding flow of light, the dizzying carnival of colors, so she can transilluminate the mask that has grown onto the face of the city and make it see-through. In order to come as close as possible to the real, naked essence of the city, she descends straight into its bowels and from there peeks to the outside through tiny little gaps, now from above, now from below or from behind things, or peeking at what is hidden behind. The relations, the well-known, recurring objects and landscapes are thus transformed almost to the point of unidentifiability; the habitual order and hierarchy of things is undermined. Because Luca Gőbölyös certainly has no respect for these. She does, however, have respect for the city’s self-esteem, and does not abuse its defenselessness and its confidence placed in her, just as she also respects the invisible borderlines, since she knows perfectly well where they are situated. Perhaps that is why people who have already been deeply affected by this city are so struck by her photos; New York, which with its frailties, ungainly charm and touching clumsiness remains – at least for that “secret sect” which now has an additional member – what it is: the center of the world.